Just bought a DSLR or have a fancy compact camera? If so, this is one of the questions that you might be asking. Is it better to shoot photos in the JPEG format or is it better to shoot them in RAW format? Some people insist on shooting JPEG and others insist on RAW. What difference does it really make? Is there a benefit to be gained from shooting RAW or is JPEG the way to go? Making that decision first involves understanding what each of the file formats mean.

‘What are RAW files?’

RAW files are different to what you might understand as a typical image file and often require special software to view them (such as Adobe’s Lightroom for instance). Rather than a ‘finished’ image, they are the raw unprocessed and uncompressed data from the camera’s sensor and is exactly what the camera ‘saw’ at the time the photo was taken. The camera has done nothing to process the data, which instead allows you to do this.

However there’s also a number of disadvantages.

‘How about JPEG files?’

JPEG files are the most common file format cameras take images in and probably the most common imaging format overall. In comparison to a RAW file, a JPEG can be considered a ‘finished’ image. When a camera produces a JPEG file it takes all the sensor information,  processes it, gets rid of unnecessary data and produces an image which could be printed off straight away,  uploaded to social media or whatever else you fancy doing. JPEGs will be visible to everyone without need for additional software.

All that said, I think it can be summarised down to a few key points.

I think you should shoot RAW if:

I think you should shoot JPEG if:

That said, both formats have their advantages and disadvantages so if you’re still undecided then that’s fine. A lot of cameras will have a JPEG+RAW option that will allow you to shoot in both formats at the same time. You’ll obviously go through memory cards like nobody’s business doing this however!

This might be a good idea if you think you’d like to transition from JPEG to RAW but want to try it out before making the full switch.

(Note: Some cameras also shoot TIFF format which is another form of uncompressed image. I don’t think there’s much point in doing this however as images are EVEN LARGER than RAW and TIFF files can easily be produced from RAWs on the PC. They don’t have any additional data over RAW files apart from ‘baking in’ certain camera settings like Nikon’s Picture Control settings. Ignore this unless you have some very specific reason to!)

This image has a number of problems (such as the tower being squint!), but here I’ve made one change to both the JPEG file and to the RAW file. I’ve reduced the Highlights equally on both file to make the sky darker and make the detail more visible. The RAW file doesn’t look too much different to the JPEG, does it?

…until you zoom in. Below is a 100% crop of a small part of the image on the right side of the tower. If you look closely you will notice the JPEG file has much less detail in the clouds, there is ‘banding’ in the sky i.e. transition from one shade of blue to another isn’t smooth and there are many more artefacts around the tower.

​
This is just a hint of the flexibility that RAW files can offer towards image editing. However, if these differences don’t bother you too much then stick with JPEG by all means! If you want to squeeze the best images from your camera however then there’s no question (in my eyes at least) that you should be shooting RAW. Thankfully memory cards and hard disk space is cheap enough nowadays that space isn’t a problem.

I would even go as far to say that if you’re even semi-serious about photography and improving your images then you can’t afford not to shoot in RAW…to me it’s a ‘no-brainer’!

I Hope this has been of some help if you’ve had difficulty making up your mind! If you have any comments then feel free to drop me a message or leave a comment below! 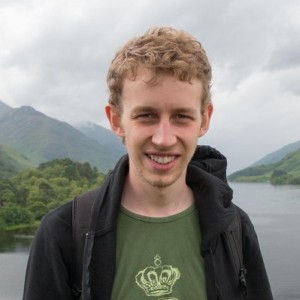 Tom is an Edinburgh based landscape and cityscape photographer who has been sharing photos online since 2009.
All Posts »
PrevPreviousDeadline News: 3 Galaxies
NextHidden Views of EdinburghNext